The Heart of Creativity 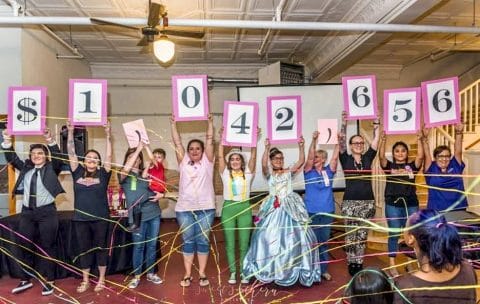 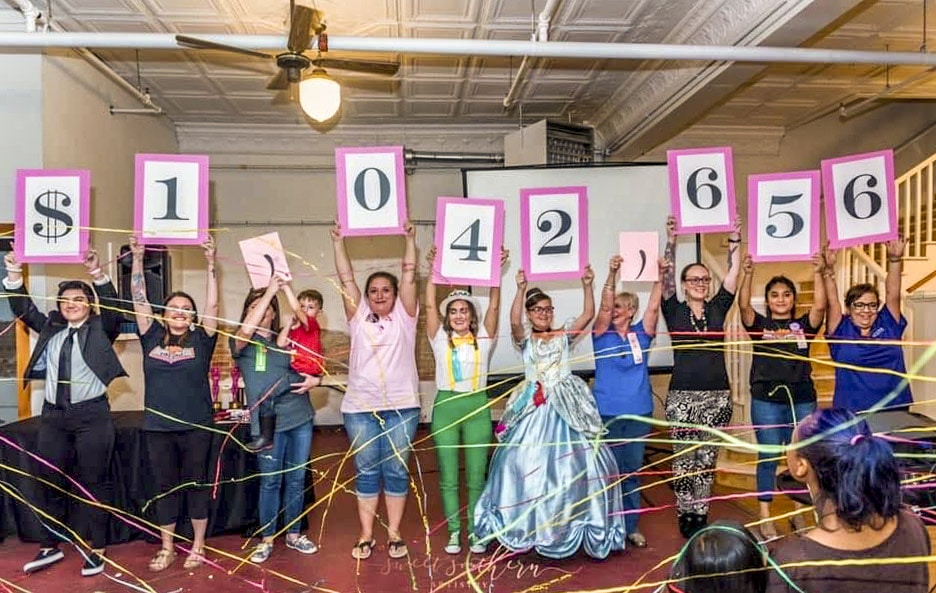 Bras for the Cause supports fight against breast cancer

The reasons Texans gather to celebrate in small towns every autumn are almost too many to count:  homecoming, football, Halloween, Thanksgiving … A display of elaborately decorated bras may seem wildly out of place within that lineup, but one community has engineered a must-see event that’s gained traction for more than a decade. It engages residents of all ages and combines competition, creativity and all-around wholesome fun for a campaign that’s raised more than $1 million to date. Bras for the Cause Hunt County, based in Greenville, is a breast cancer fundraising event. Each year, individuals and local organizations alike use their ingenuity and creativity to meet the challenge of designing a bra that embodies the chosen concept. The most popular interpretations of each year’s theme are the winners.

Bras for the Cause was the brainchild of now-retired local boutique owner Janeen Cunningham. Cunningham heard of the concept and talked it up to a group of friends an community movers and shakers more than 12 years ago. There were a few caveats: There would be no fashion show to model the bras, and there would be no auctioning of bras. And every penny raised had to stay within Hunt County.

What ended up happening is that we came up with the idea that everybody could vote. It was going to be free to enter,” says Bras for the Cause committee member Pud Kearns, who likes to joke that she was “in the room where it happened” when Cunningham pitched the concept. The event is free to attend, and the public selects the winner by paying $1 per vote to choose their favorites. The announcement of themes now takes place nearly six months before the competition, which occurs on the second Thursday in October — Breast Cancer Awareness Month. This year’s theme is “Bra-stalgia,” and competitors must come up with a design that evokes any decade from the 1920s through the 2010s.

Participants include everyone from churches to businesses and individuals, including children, whether they be voters or bra creators. “This is a family event,” Kearns says. “Whole families come. My son and his family drive over from Fort Worth. It’s an hour and a half drive, not counting rush hour. Every year, my son buys my 8-yearold granddaughter a $10 voting card, and that child studies the more than 100 bras to figure out who’s going to be lucky enough to get her 10 votes.” Droves of people are attracted not only to the downtown bra display but also to the festive atmosphere and the discounts Greeneville businesses offer in support of the charitable effort.

The event has tapped into increased conversations about breast cancer, which people often swept under the rug in previous generations. The fundraising has direct effects on local breast cancer care while fulfilling previously unrealized needs. “One of the things people love about this is they know where their money is going,” Kearns says. “We’ve always announced a project.” For example, funds from Bras for the Cause helped purchase a 4D CT scanner for the radiation unit of Hunt Regional Medical Center as well as a mobile mammography unit that travels all across the county screening women for breast cancer. “At the time we bought the unit, our mammography screening rate among women who needed it was about 35%, and we’ve moved that number to over 60%,” Kearns says.

Bras for the Cause proceeds can sometimes end up being more helpful than anyone anticipated. Several years ago, the group purchased sterilization units that use ultraviolet light to sterilize a room in about 20 minutes. When the pandemic hit and personal protective equipment became scarce, those machines proved to be more valuable than ever.

“What we never imagined — what no one imagined — was, when the PPE shortage happened, they were literally able to have everybody put their scrubs and their masks into clear Ziploc bags with their names on them,” Kearns says. “They could lay them out in a room, and this machine could sterilize that PPE, and they could use it for up to a week.”

“Janeen maintained that these were not going to be dull, white, cotton bras. They were going to be beautiful, so you felt good in them,” Kearns says. “There are wonderful colors, nice fabrics. These are quality products.”

Every breast cancer patient the hospital or cancer center refers to Janice’s Closet receives two bras and a prosthesis. These patients can come back every year and replace these items as needed.

Bras for the Cause’s efforts have come a long way since they began — that was a time when the local newspaper was reluctant to put the word bra on its front page, regardless of the subject or cause. And the event, in its current guise, has normalized conversation about a pressing health issue that affects hundreds of thousands of women and thousands of men in the U.S. every year. “It wasn’t talked about,” Kearns says. That’s not the case anymore in Hunt

County, where everyone is clamoring for a Bras prize — a neon spray-painted, glitter-decorated Barbie doll set into a plaster-filled cat food can. “It’s the most coveted trophy in our county,” Kearns says. “You walk into a business that is very active in Bras for the Cause, and it is not surprising to see these rows of ‘Brabies’ displayed.”