This business is for the birds 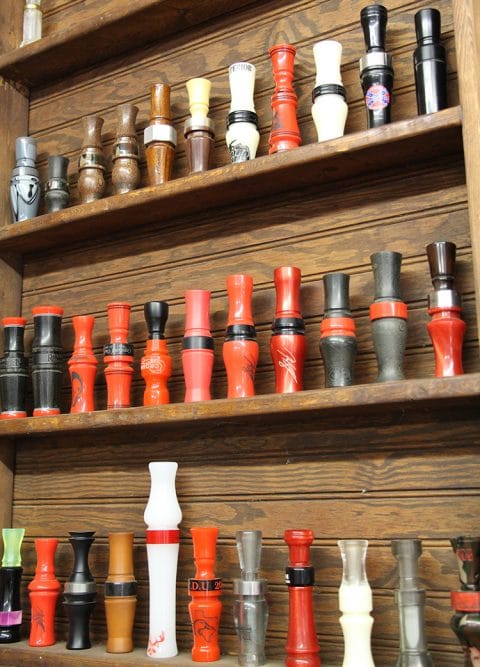 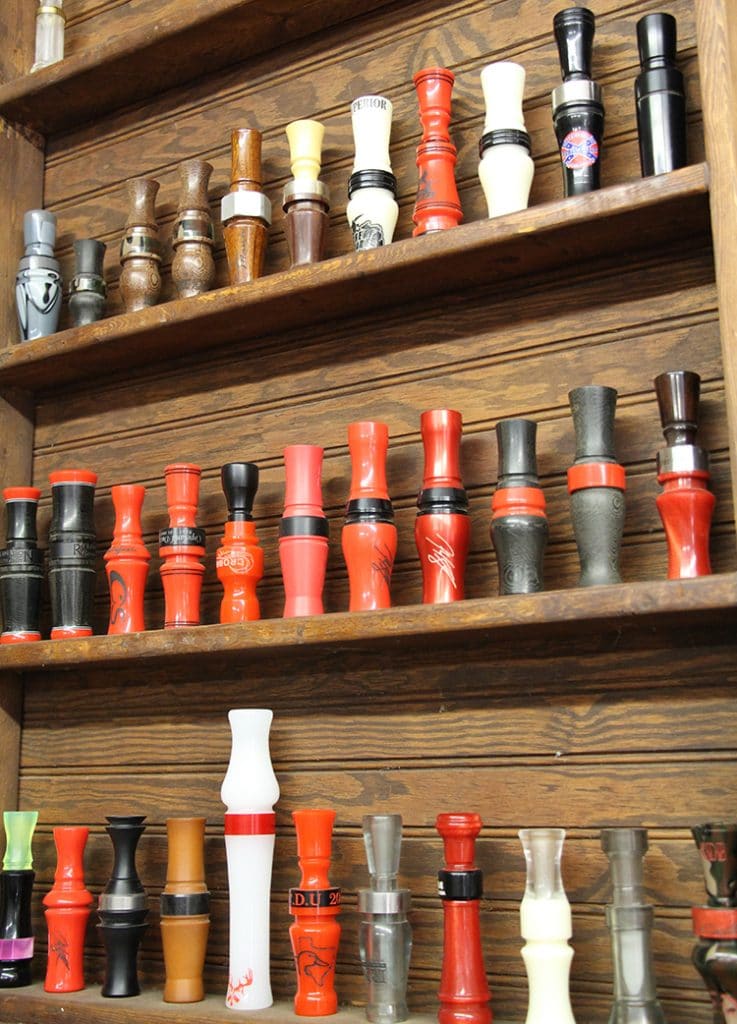 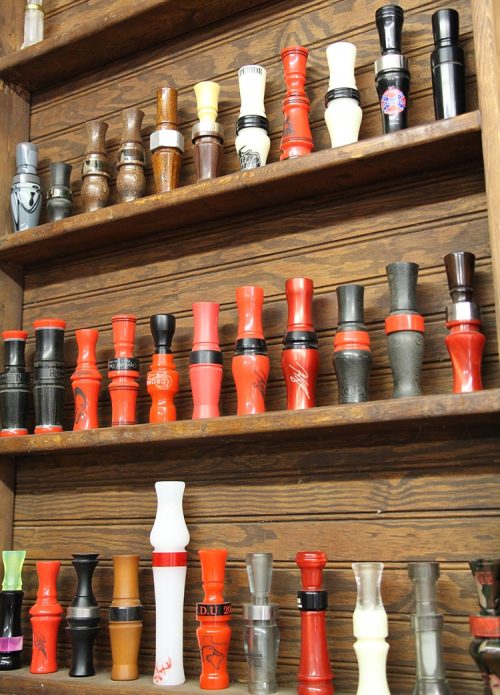 Local duck call companies are a hit with hunters

Marcus Keith’s love of the outdoors and duck hunting started when he was a child. As he grew older, he became dissatisfied with the quality of the available duck calls. An engineer by profession, he decided there was room for improvement.

“I figured out you can make a better mousetrap – always can,” says Keith, who opened Cutt Down Game Calls in Winnsboro back in 2000.

When asked what makes a good call, Keith recounts how he had been hunting with a friend who was very happy with how the call he was carrying sounded. But while his friend’s call was ignored by passing ducks, Keith’s call worked a lot better at getting the mallards’ attention. “Number one, it doesn’t matter if you like it, it matters if a duck likes it,” he says.

Keith’s company, which sells up to 50,000 duck calls annually, quickly branched out. It offers goose and turkey calls, as well as calls for big game like deer and wild pigs. Cutt Down calls are sold at major retailers, including Academy Sports and Walmart.

Through hunting, Taveau made friends with call-makers and was surprised their calls weren’t available at large retailers. When he asked why, their common answer proved to be his business inspiration: lack of quality equipment.

Using machining tools guided through computer programming – a process known as computer numerical control, or CNC – Black Dog Outdoors produces parts to the exacting specifications needed to manufacture quality calls. “Everybody can be, like, ‘Man, it can’t be that hard to make a duck call,’” Taveau says. “But to duplicate one call to be an exact match of what your customer sends you, a lot goes into that.”

There was a steep learning curve. It took almost two years for his company to perform at the level he wanted, which, in the CNC business, can be brutally expensive. “It’s everything from materials to machine time,” Taveau says. “You may crash one of the machines and have to get it fixed, or you need to figure out what tools are right for the job. And if there’s no tool out there, you either have one made or make it yourself.”

Expectations are high. His customers trust that every piece that goes into their game calls fits together seamlessly and that a duck call produced today and sold in Houston will sound the same as one produced tomorrow and bought in El Paso. “That’s the kind of consistency that we chase,” Taveau says. “I don’t want to buy what’s supposed to be the same call and it be that much different.”

Dependability is vital. One of the things that sets Keith’s calls apart early on was their ability to perform under real-world conditions. The moisture that builds up when a call is blown in cold weather can cause it to freeze. Cutt Down calls were able to conquer that issue.

“We had reviews come back saying they were out hunting with their buddies and between all of them they had eight different calls,” Keith says. “But that one that Marcus makes at Cutt Down Game Calls is the only one they could use, because everything else froze up.”

Through skilled design and strict manufacturing standards, Keith ensures his calls are reliable and easy to use. “We made it foolproof for the end-user to disassemble, clean and get it back together sounding just like it was,” he says.

Cutt Down calls start around $20, but custom calls and engraved calls can go for $150 or more. Materials range from wood and acrylic to polycarbonate. Keith tries to source all materials he can in the United States and support U.S. and Texas businesses.

Black Dog Outdoors also uses a variety of materials. While acrylic is the most popular by far, aluminum and brass are also used. The company has grown steadily over the last few years, from three initial clients to now working with almost 40 companies throughout the United States, as well as supplying customers in Canada, New Zealand and Russia.

Taveau is not one to grow complacent, and he’s always looking for better, more efficient ways of doing things. “I always want to be a student of the business and just keep learning and, you know, going further and further,” he says.

For both Taveau and Keith, hard work and dedication have paid off. But it’s not all business – rather, the business also comes with definite perks. “When you have your business in the hunting industry, I tell my wife I’ll be product testing in Canada for the next five days,” Keith laughs. “That’s my job.”