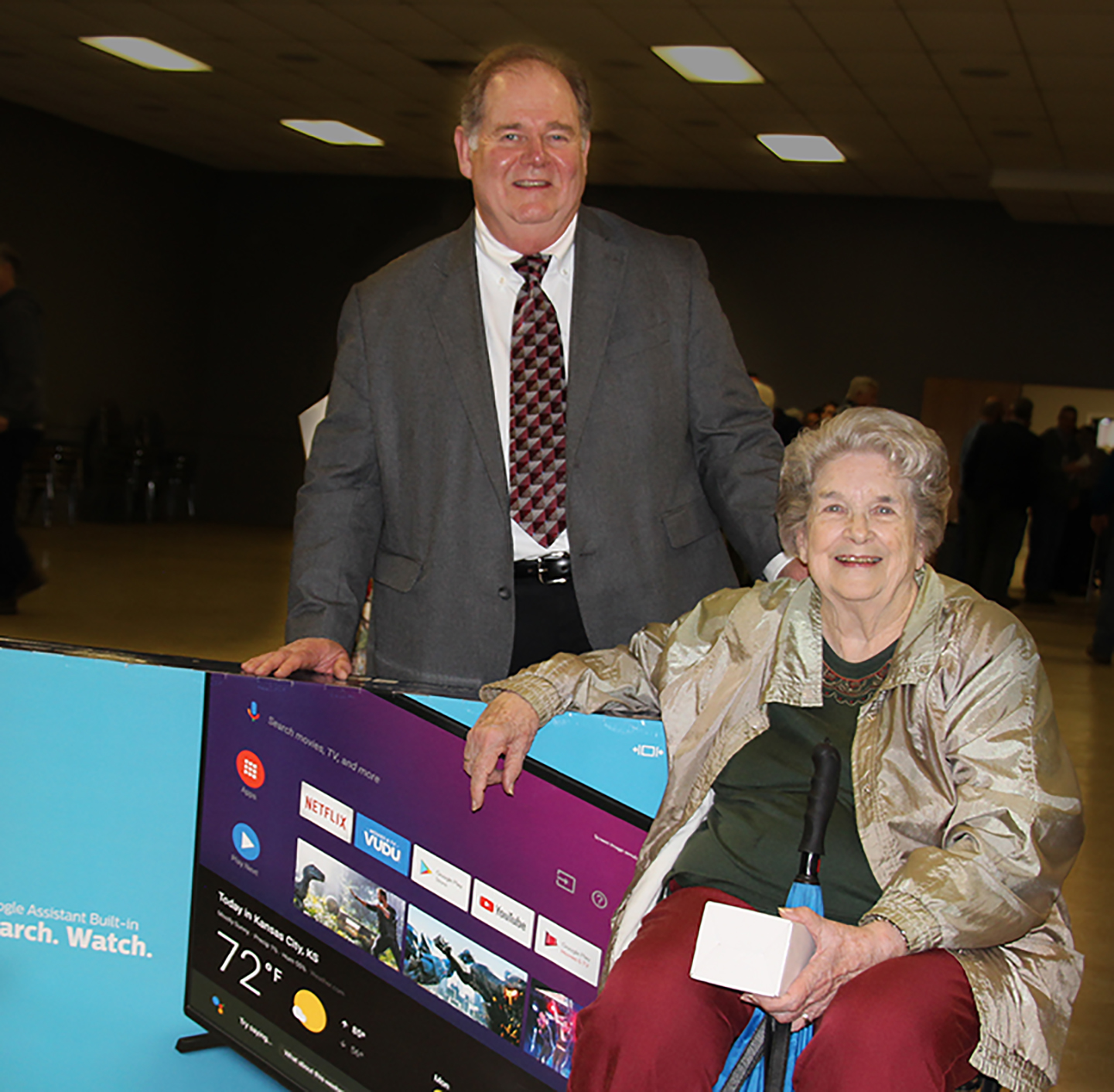 It was a great turn out despite the weather for the 64th Annual Meeting of Cooperative members hosted February 11th at the Carroll Green Civic Center in Quitman. This meeting highlighted success Termination Call Manager Service activated in October of 2019 as well as the progress made on the fiber to the home buildout project.

After the official business of filling the vacancies on the board of directors and the reading of the minutes from the previous meeting, General Manager Steven Steele addressed the members.

Steele was proud to report that the cooperative is in good financial shape and continues to improve, despite the number of unbundled services now offered. Since introducing unbundled internet in November of 2018, Peoples has dropped almost 2,000 telephone lines. However, there have been many members gained that would not have joined the cooperative if they were required to take telephone service. Steele provided an update on the extensive fiber buildout project approved by the board in 2019. Currently 60 additional miles of fiber have been placed and several neighborhoods have been cutover to fiber. We now have 400 cooperative members enjoying the benefits of fiber. Steele discussed that the investments were being prioritized based on the greatest benefit to the greatest number of cooperative members by carefully studying areas with high density of homes subscribing t the highest speed connections in order to know where there is pent up demand for greater bandwidth. Steele addressed the members saying, “I know for many of our members we cannot get fiber to your homes quick enough. We must ask you to be patient. There is a limited amount of capitol to spend each year and we are trying to make that go as far as we possibly can.” The members were provided an update on the Terminating Call Manager service activated in October 2019. In the four months that it has been activated over 600,000 robocalls have been intercepted while allowing 100,000 legitimate phone calls through.  The FCC passed new regulations requiring all telephone companies to begin implementing this service. Peoples is ahead of the game on this requirement and members are enjoying quieter nights not interrupted by robocallers and scammers. Steele pointed out that Peoples was able to offer this service free of charge to all members without an increase to monthly charges.

Before drawing for door prizes Steele summed it all up by saying, “Due to your Board’s careful management of both the competitive offerings as well as our cooperative services, we continue on sound financial footing with plans for further enhancements to your services and growth of your cooperative in the coming year.” Before adjourning, Steven Steele drew winning numbers for many lucky members and awarded over $3,000 in cash and prizes. Thank you to all the members that attended, and we will see you next year!